Bregan MainsFlow received an email following on from our previous works stating the site is being affected by another leak in a different location to the previous burst main.

Bregan MainsFlow attended site to begin undertaking remedial works requested and required. The scope of works to be undertaken was for Bregan MainsFlow to install a new 6” valve and washout/fire hydrant that would operate the fire main that was feeding the site and ultimately control the flow of new burst to carried out the remedial works with the water shut in.

Prior to installing the second valve, the main valve adjacent to the pedestrian gate was letting by when turned off, and wasn’t operable. When surveying the site there was also no fire hydrant or plans present to show any locations of fire hydrants in close proximity. This would be an issue if there was ever an emergency fire on the estate. Furthermore it also gave us an airing point to release air when re-pressurizing the main.

Day 1: The team attended site to undertake excavation where the proposed 2nd valve would be installed. They undertook a site specific risk assessment, cat, and genny survey prior to breaking ground. This was to minimise the risk of a utility strikes. The team began to break ground. Under the tarmac was 300mm of reinforced concrete. They persevered until they had reached the 6” PVC main.

The onsite team decided that they would require a digger on site to extend the excavation due to the size required for the valve and fire hydrant installation, and to excavate the new burst area. The team left site to get fittings from the supplier.

Day 2: The team attended site with fittings ready to install the valve and the fire hydrant. The digger arrived onsite, they extended the excavation, and excavated around the main enough for all the fittings to be installed.

Once they had excavated to an approximate depth and the correct depth, the team assembled the mechanical fittings ready for the install. Before they cut the pipework they contacted the local waterboard to attend site to see if they could get a better shut on the main from the valve.

The Affinity water CST attended the site and managed to minimise the flow that was still coming out of the mains after it had been cut.

The team installed the new valve and fire hydrant.

The exact fittings that were used we as follows:

Once this had been installed and the team shut the valve to try and stop the second burst they realised that the leak was on a different main at this point as the flow did not stem. So the leak was completely autonomous.

Day 3: Due to the leak constantly entering the valve and fire hydrant excavation the team could not start backfilling and reinstating until they had cured the second burst.

The team started to excavate on the second burst carefully due to the many services that were running in close proximity to the burst service pipe. They soon realised that they couldn’t undertake the repair live as the pipe material was 1 ½” galvanized steel and they had no control over the supply.

Day 4: Once the team had successfully repaired the second leak they then set about backfilling and reinstating. Due to the location of the leak the team had to make sure the compaction was adequate to take the weight of heavy goods vehicles. They compacted the ground properly, but also had to remove the surplus from around the valve that had fallen in due to the second burst. The team  removed all the spoil as this could not be classed as type one due to it being clay and saturated from the burst. Approximately three tonnes of spoil were exported and two and a half tonnes of type one to import. The chambers and lids were installed for the fire hydrant and the newly installed valve.

Day 5: The reinstatement team arrived to backfill and prepare 2 x excavations with a concrete sub-base for added strength and to match the surrounding area. The lids were set but the team had to allow at least 24 hours for the concrete to cure before returning to install the 10mm tarmac surface. 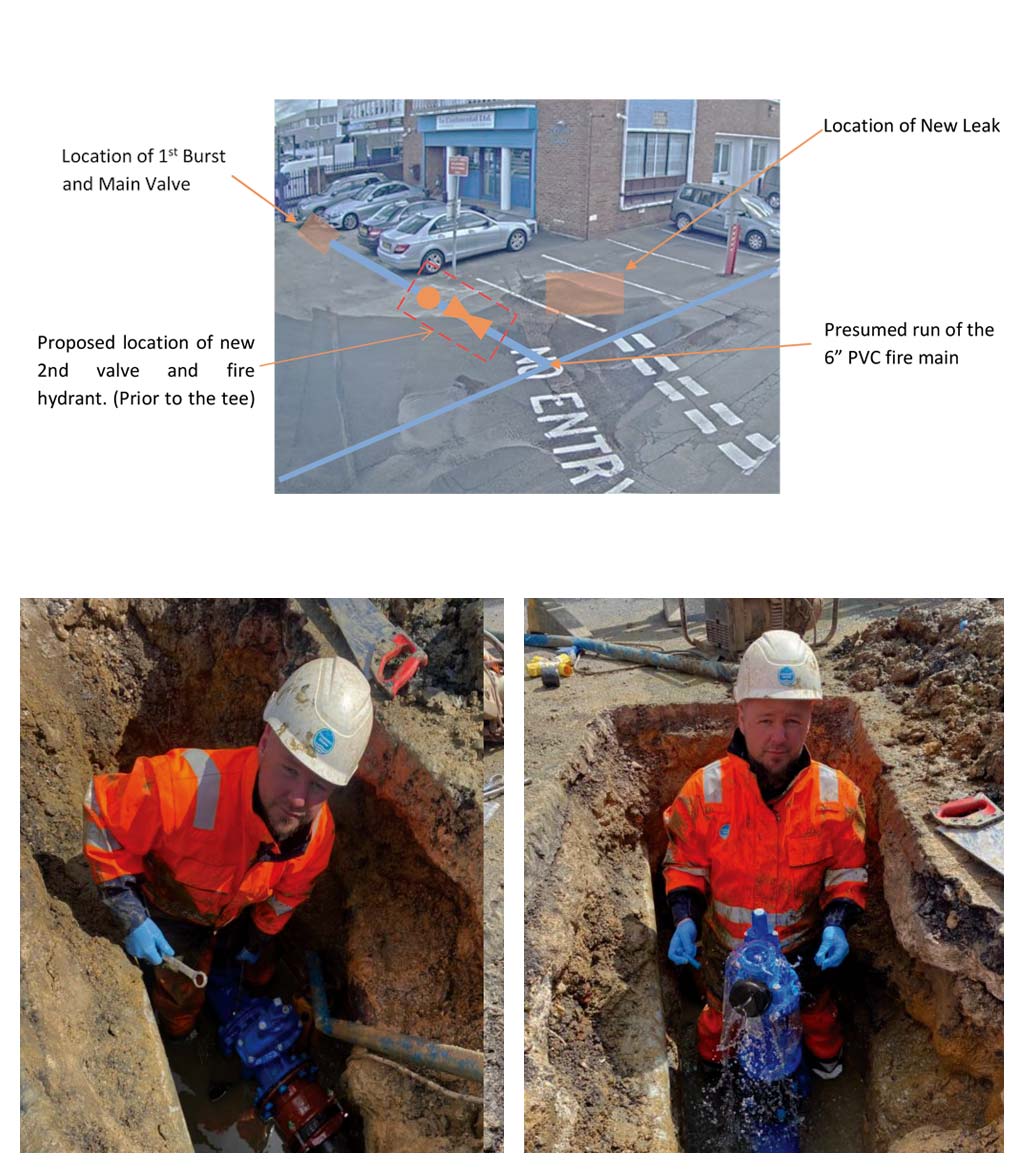 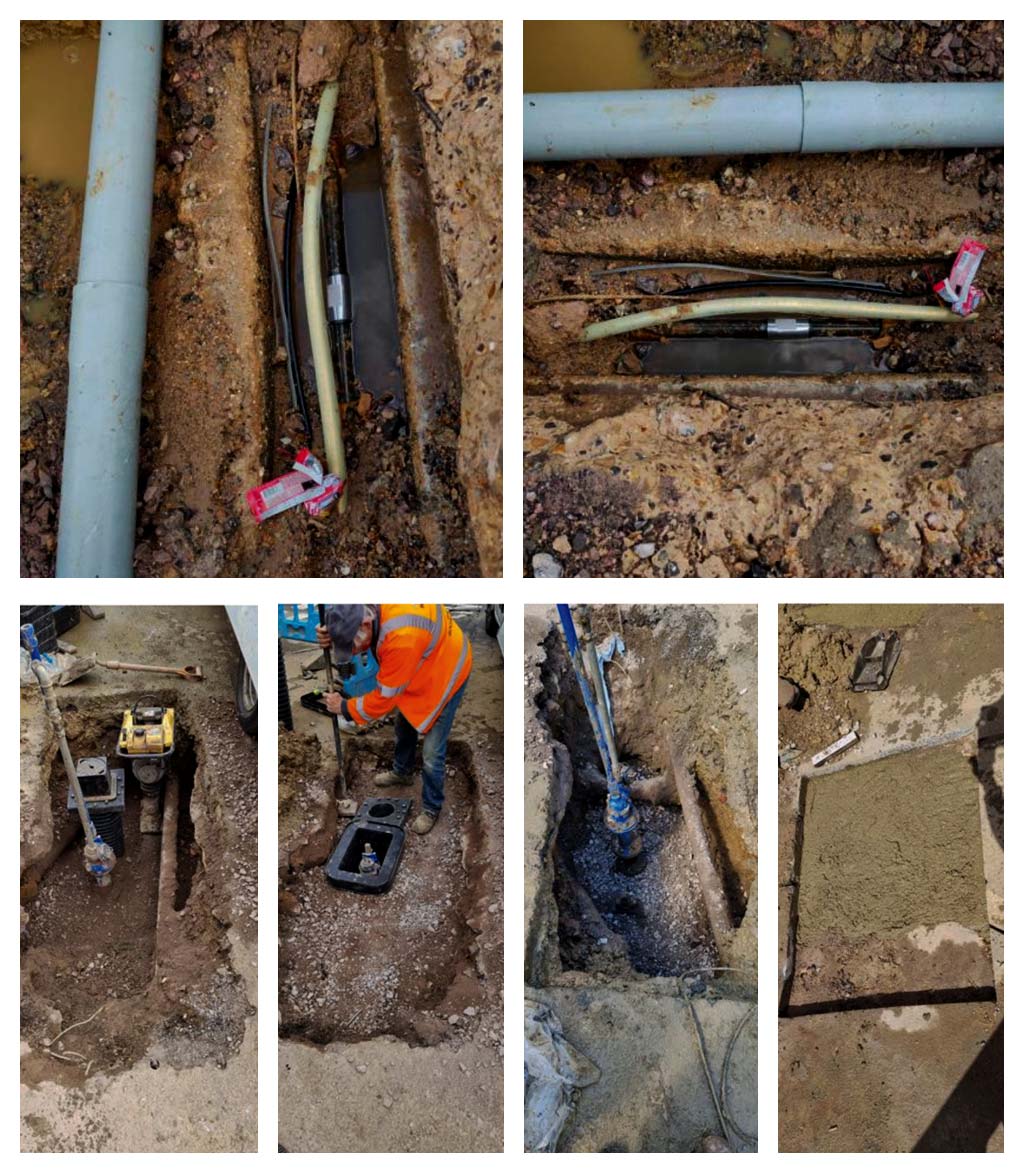 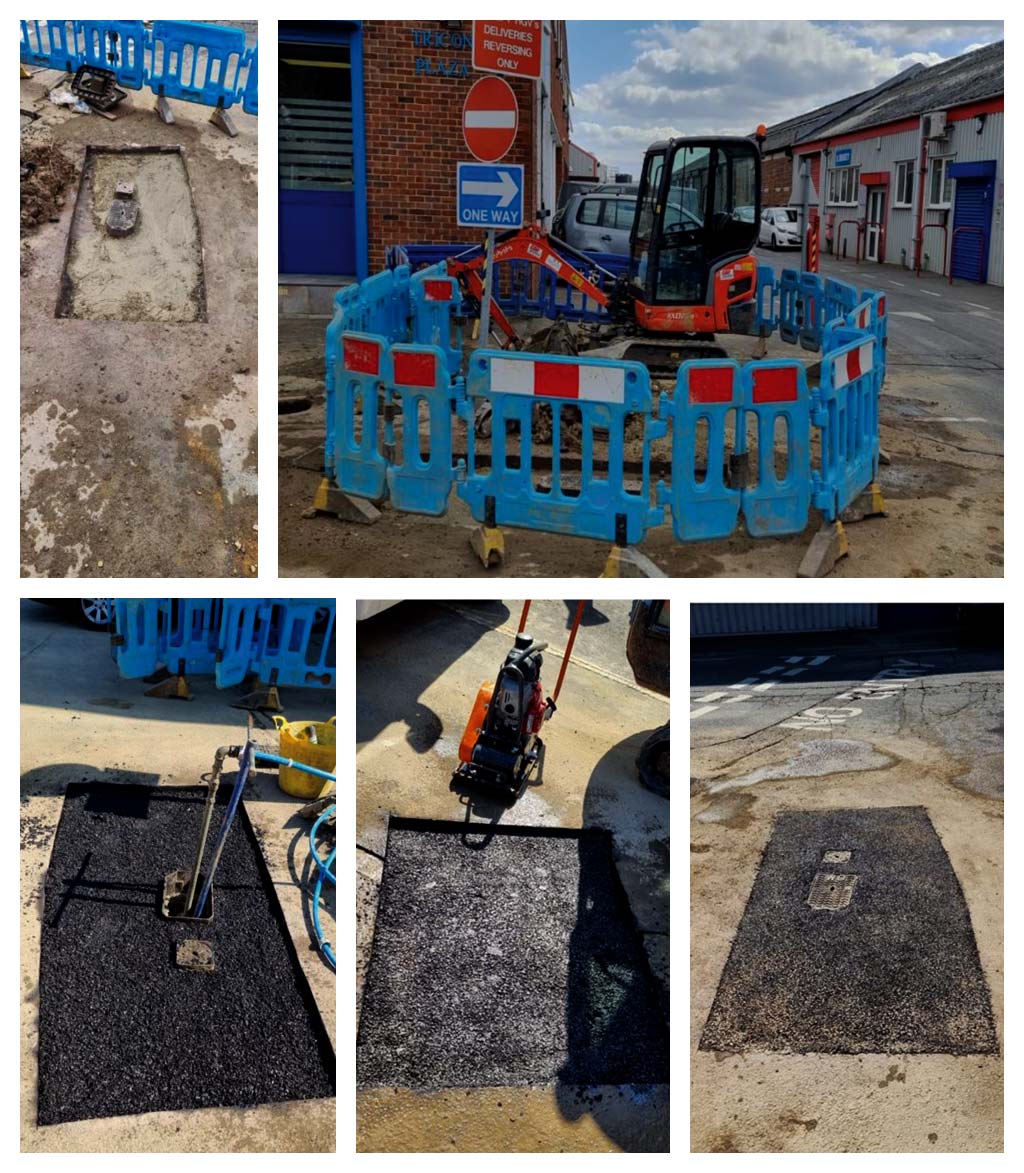