Bregan MainsFlow attended Kings Heath Industrial, Northampton to undertake an investigatory excavation work that required us to fix a large leak to their supply.

Day 1: The Bregan MainsFlow team attended the site on Kings Heath Industrial and undertook the induction on the site followed by an onsite risk assessment prior to commencing any remedial work. A utility survey was undertaken as per the rams which preceded isolating the stop valve proceeding to the security hut.

Upon completion of all the safety checks the Bregan MainsFlow team entered the security hut to dismantle the existing internal stop valve. The team then Flexi-traced/Sonded the pipework.

The purpose of carrying out the procedure in that order was to minimise the reinstatement process due to there being concrete at the back of the controlling valve and scout hut for approximately 20 meters before it reached the verge. Ideally we would have preferred to pick up the pipe in the verge at EXC.1 on the drawing. The team traced the pipework to EXC.1 and found resistance on a fitting. As such an excavation was required to expose the pipework and fitting picked up with the sonde.

The Bregan MainsFlow team excavated to approximately 1.2m depth under 2 x electric ducts. They then proceeded to cut and cap the pipe works to ascertain the direction of the leak. Once ascertained they flexi-traced the pipework again to find the next location of the dig. The on-site team then backfilled exc.1 to a permanent finish and proceeded to carry out a second excavation (Exc. 2). Fortunately they didn’t find anything on the second excavation so they decided to excavate in the slab area at the rear of the Controlling valve.

Day 2: Bregan MainsFlow onsite team re-attended site to undertake the second excavations where they located the next fitting. The fitting was located at the rear of the controlling valves on a  1”1/2 copper piece. This is where they located 2 x leaks on the supply.

Leak 1 was on the inch copper part of the supply and Leak 2 was on the outlet of the controlling valve.

Due to the leak being on oversized copper the team had to go to the suppliers to pick up the correct fitting. The team fixed the leak on the copper. They then attempted to fix the second leak on the outlet of the 32mm boundary box by dismantling the  outlet gubbins i.e. gasket, gripper and washer.

After attempting to fix this leak they decided that they needed to exchange the whole 32mm controlling valve to future proof it from further leaks.

Day 3: The team once more returned to  site to replace the 32mm controlling valve that was causing the last issue. A like for like controlling valve capable of housing a meter was installed. EXC.3 was backfilled with type one and a concrete sub layer reinstated ready for slabbing. Unfortunately this resulted in the onsite team cracking a slab during the reinstatement process.

Day 4: The reinstatement of a new slab was completed and cleared all excess soil from site.

As usual the site was left clean and tidy. 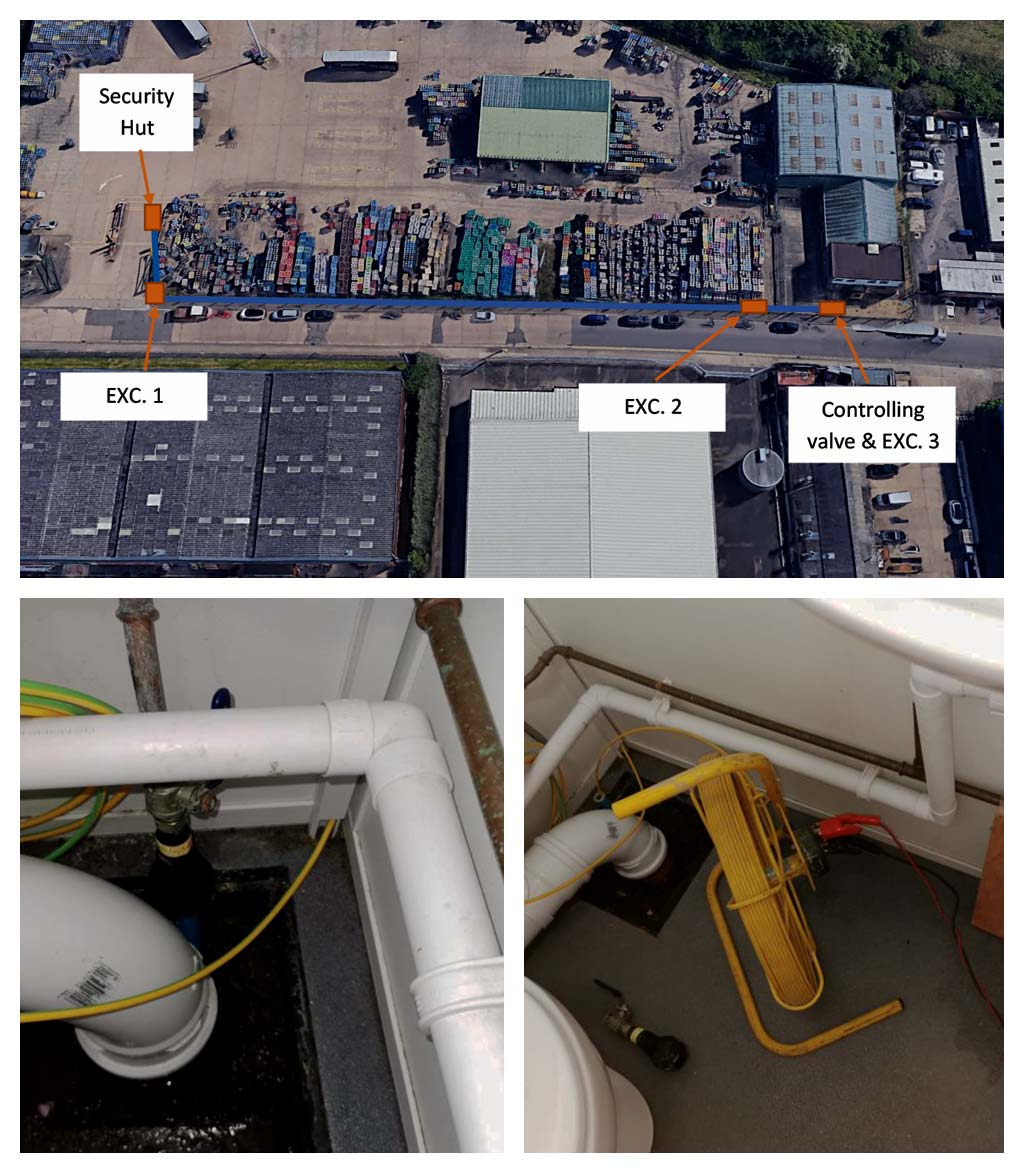 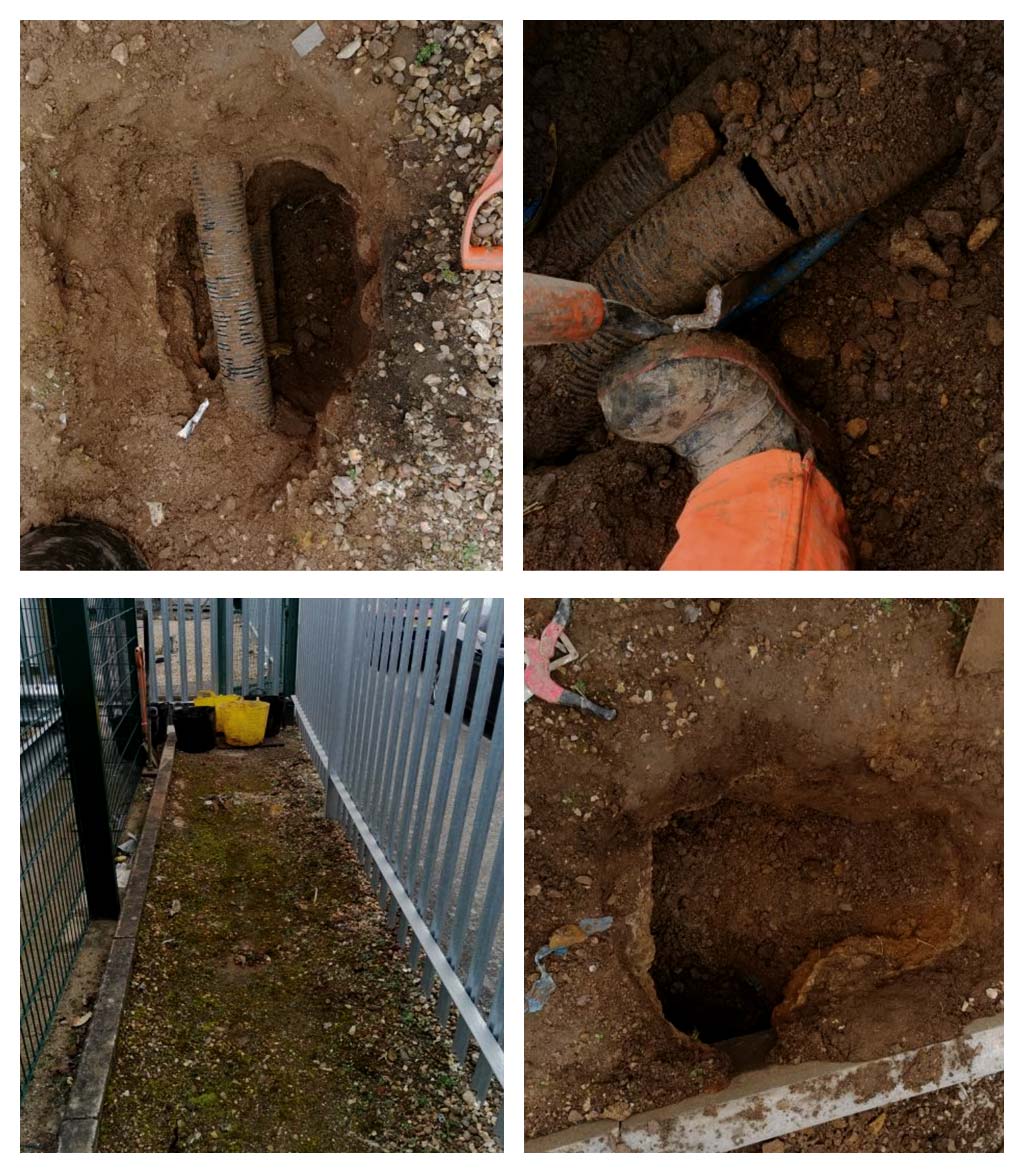 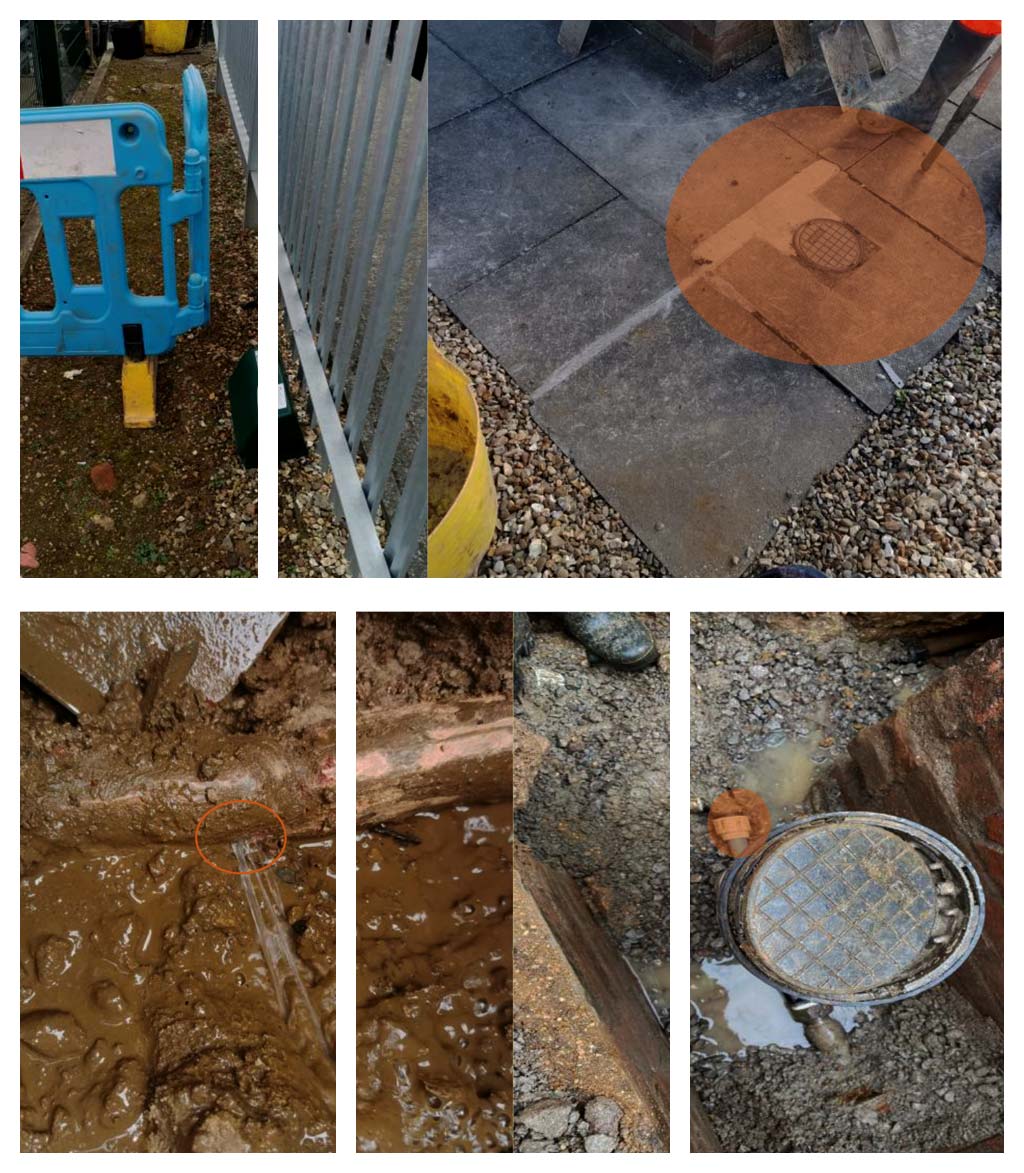